Sickleholme Nature Notes
Collating the sightings and observations for October has certainly proved interesting, since the variation and movement within our wildlife did much to map the vagaries of the weather. As far as the latter was concerned, the early part of the month saw several warm and sunny days but by midmonth heavy rain had produced flooding on the course, whilst the final days had play delayed by sharp frosts.

Most of the comments received concerned birds or were about the autumn tints and berry crops that were on view. The berries were certainly part of the attraction for thrushes with five different species seen taking advantage. Our resident Blackbirds were supplemented by many more from the continent, a very small number of Song Thrushes may also have included immigrants, at least one post-breeding flock of Mistle Thrushes could be seen and heard, and the first Redwings and Fieldfares arrived. A very tiny number of these two latter species breed in Scotland but the huge majority visit us for the winter from Scandinavia and other parts of northern Europe. Some just pass overhead, including an impressive 220 Redwings which headed south over the car park on 21st, but many use the course as a staging post until the berries are depleted or they stay with us for the rest of the winter.
The noisiest birds on the course were the local Jays which seemed constantly to be squabbling whilst collecting food to cache for the winter. They have been patrolling the course regularly and even when the raucous call is not heard, their slow lazy flight makes them quite easy to identify. Their favourite winter food is acorns (see recent photo) and they are very colourful birds for all their piratical appearance.

Amongst the smaller birds, Siskin numbers are building up and it is definitely time to keep an eye on the clubhouse feeders for a good variety of finches and tits, as well as Dunnock, Robin and House Sparrow.
There were no butterflies reported after 15th, mammals were restricted to Rabbit and Brown Hare and few wildflowers remain now. Fungi are apparent almost everywhere, however, including some impressive patches of Fly Agaric (the red and white “pixie houses”). If any member can help to identify more of the fungi species, then I would be delighted to learn more.
Bryan Barnacle 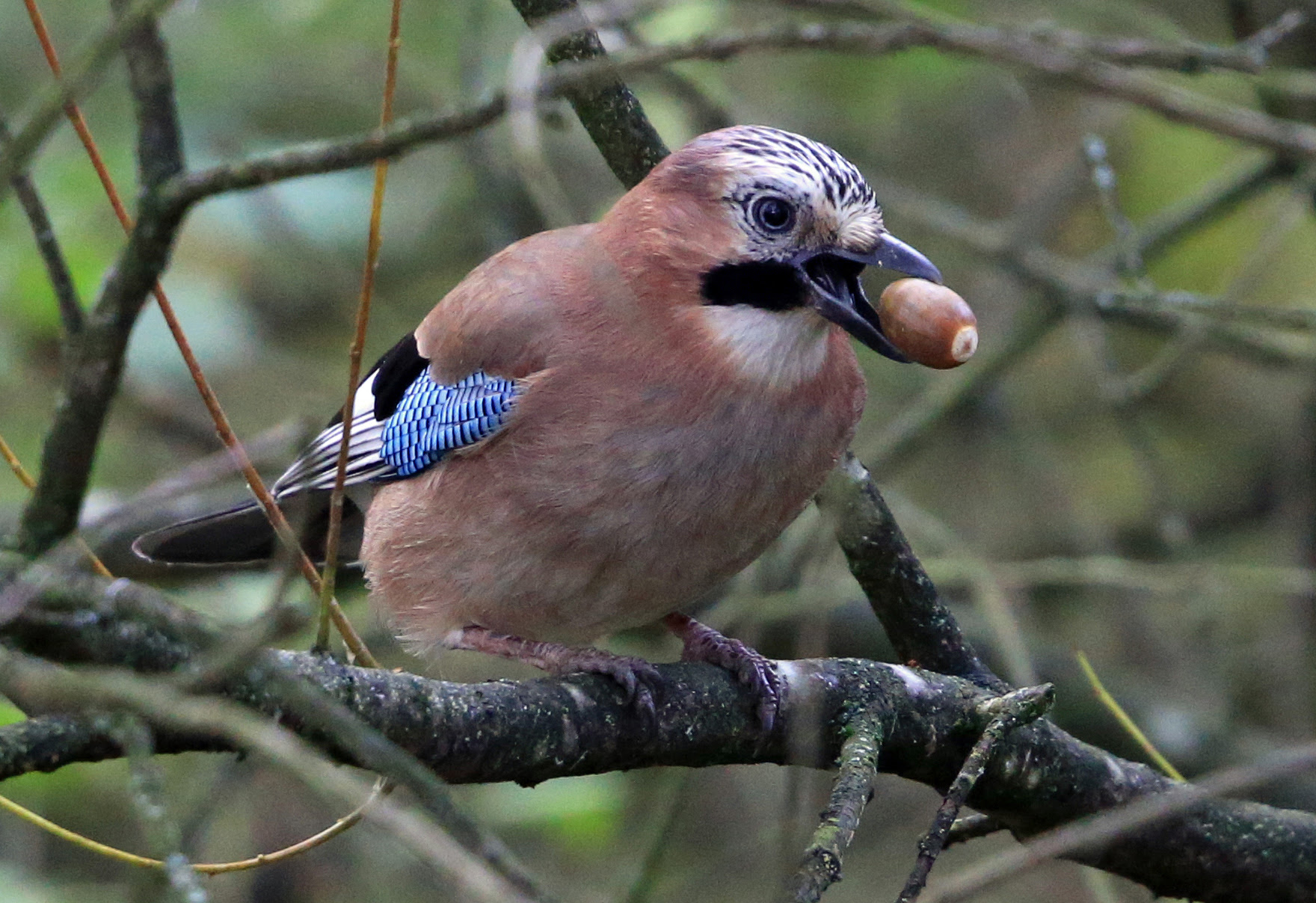