With so few people allowed to be at our club, it was always going to be difficult to gather enough material for the January wildlife notes. I was offered a list of fish species, but it quickly became apparent that all had been sighted during Andrew Naylor’s Tuesday deliveries rather than in the Hurst Brook!

One piece of good news, however, was that a Copper Beech (ever likely to be known as  “Neil’s Tree”) has been planted in memory of Neil Fletcher. It resides to the rear of the 16th green and at the edge of the rough. Beech is known for its variety of cultivars and Copper Beech has leaves that unfold as a red or brownish pink colour, but soon become a dark shade of purple-green. Hopefully, our specimen will grow to look like the one in the image shown.

Currently, the media is full of stories about the need to plant millions of trees. There is little doubt that this would be very beneficial, but only if the right species are planted and in the right areas. In that context, it is interesting to learn that Chris Littlewood has been chatting with Matt about suggestions for tree planting and tree replacement. Chris is hoping to widen the discussion a little, before offering proposals that might be implemented next autumn.

Matt reports that some of the birds taking full advantage of there being less disturbance at present are Pheasants, which have played havoc with some of the seeded areas. The species is also doing much harm elsewhere and to other birds. Pheasants are not native to the UK but in recent years, more than 40 million have been released annually to satisfy the shooting estates. Conservationists are currently petitioning to have this figure much reduced.

In recent articles, I have mentioned the fungi noticed around the course and our attempts to identify a few species. I have now been shown a telephone app which can make the identity for you, once you have taken a photograph. I am looking forward to trying that one out. 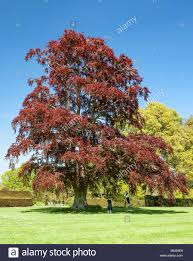