I tend to see August as a transitional month, and this proved so in several ways. Many of the summer colours had dissipated, albeit that the pond held some very showy Water Lily flowers and there were still a few Harebells left. With autumn on the horizon, there was a little bit of leaf turn and what looks to be another good crop of berries on the Rowan trees.

Our birds had all but stopped singing, many being busy feeding young and others laying low whilst they moult their feathers. Some species had even departed, with no sign of any Swifts after the first few days of the month. Fledged young were quite noisy, and a family party of Jays were particularly raucous on most days. Young Buzzards too seemed constantly to be calling for food whilst following the parent birds around the sky.

Pied Wagtails were regularly seen on the 8th & 9th fairways and it looks as if they bred successfully in the old barn. They like to search for insects on short grass, so a well-kept course is ideal for them. One nice sighting on 26th was of a Raven which drifted across. They are now again more common locally, despite still being persecuted by (some) gamekeepers. Being much bigger than the Carrion Crows and Jackdaws which we see daily at Sickleholme, they tend to stand out, particularly when they announce their arrival with their deep “kronk” call. I had hoped that at least one member might have managed to see the itinerant Lammergeier (Bearded Vulture) over the course but that hope faded in midmonth when it moved westwards and found a new roost near Crowden Reservoir.

There was one report of two large dragonflies and I immediately suspected Southern Hawker. The species is reasonably common but one that I don’t recall seeing on the course very often. Within an hour of being told, however, I was able to show one to my playing partners whilst it was static on a hedge. That makes them much easier to photograph and the image shown is of one that I found on a previous occasion when I had a camera with me.

Please continue to let me know of any interesting wildlife sightings from around the course. All are much appreciated and add to our awareness of the wide biodiversity which is ours to enjoy. 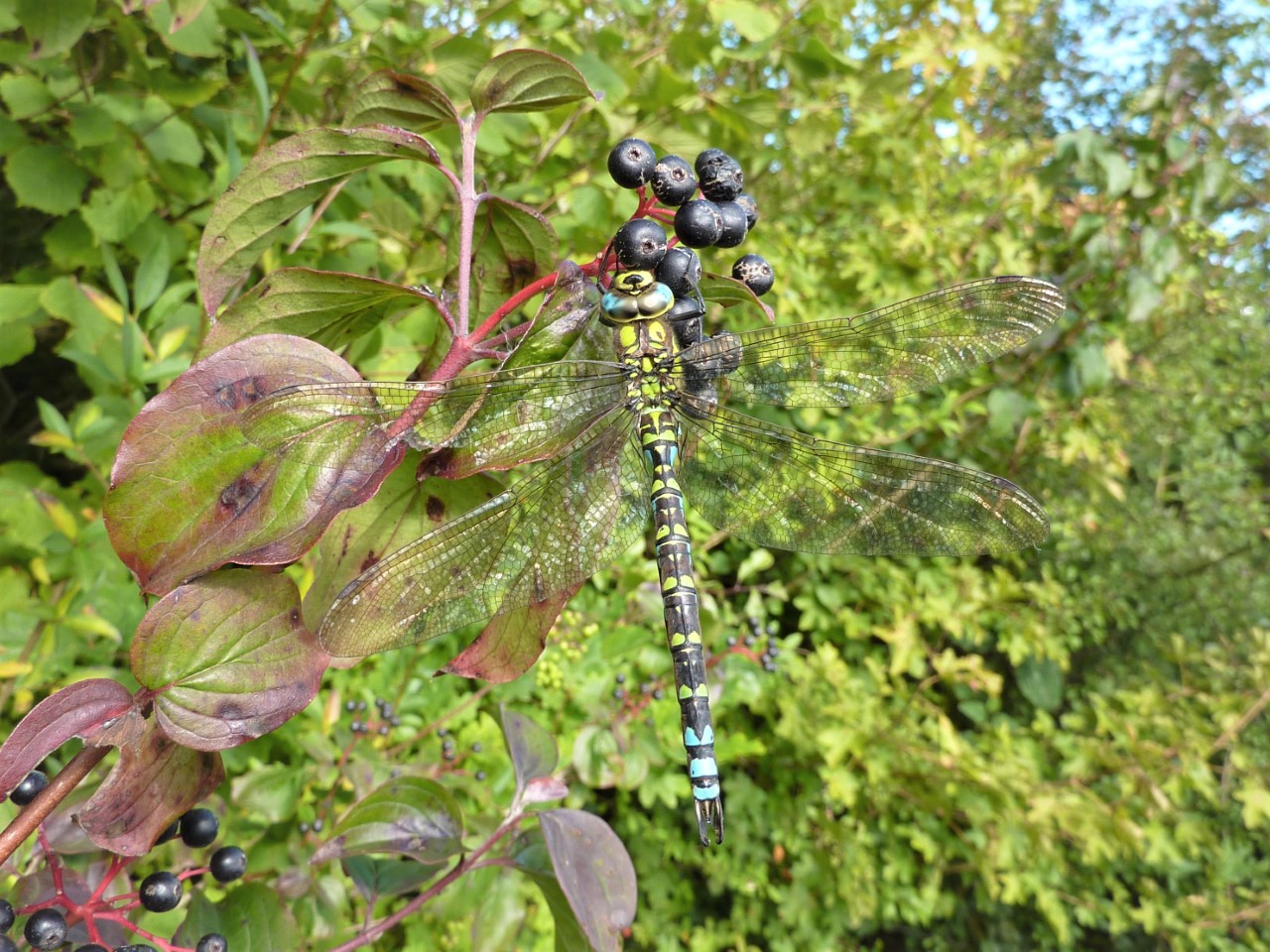