Plenty of interest during August included two new bird species for our list. First came a report of a Hobby over the course. This elegant falcon has long pointed wings and could easily be mistaken for a large Swift, particularly when it is seen in dashing flight whilst attempting to catch dragonflies or small birds. A closer look, however, reveals a white throat and reddish feathering around the legs. It also inadvertently gave its name to a table football game. The inventor of the game, Peter Adolphe, sought to patent his creation under the name of “The Hobby” but the registrar refused that as being too generic. Adolphe, being a keen birdwatcher, found his own way around the problem by using the Latin name for our bird which is Falco Subbuteo. That should bring back a few memories to older members!

Tonya then reported a Ring-necked Parakeet. This species is spreading northwards having originated from escaped cage birds in Kent and west London. Our winters have proved no hurdle for it and as many as 3,000 are now recorded within one roost in Surrey. There are about five pairs now breeding in our own county, but they will definitely not be welcomed by fruit growers. Other avian records included a Willow Warbler still in song on 13th, the young Buzzards still calling for food from their parents and Swallows having to hunt for insects at knee-height on several colder days.

There were more reports of Brown Hare than there were of Rabbits (good news as the hares don’t dig burrows!), fungi started to proliferate in a number of places and a few wildflowers were still in bloom. Overall, however, the course started to take on autumnal tints lead by the rapid development of the Rowan berries.

I managed to miss a number of the sightings mentioned above but was lucky enough to be one of three members who saw a semi-rare moth known as the Vapourer (see image) in front of the clubhouse window. This attractive moth gets its name from the invisible chemical trail (a powerful pheromone) which the male has to follow in order to track down the females which are wingless and virtually immobile. Nature can be very strange! 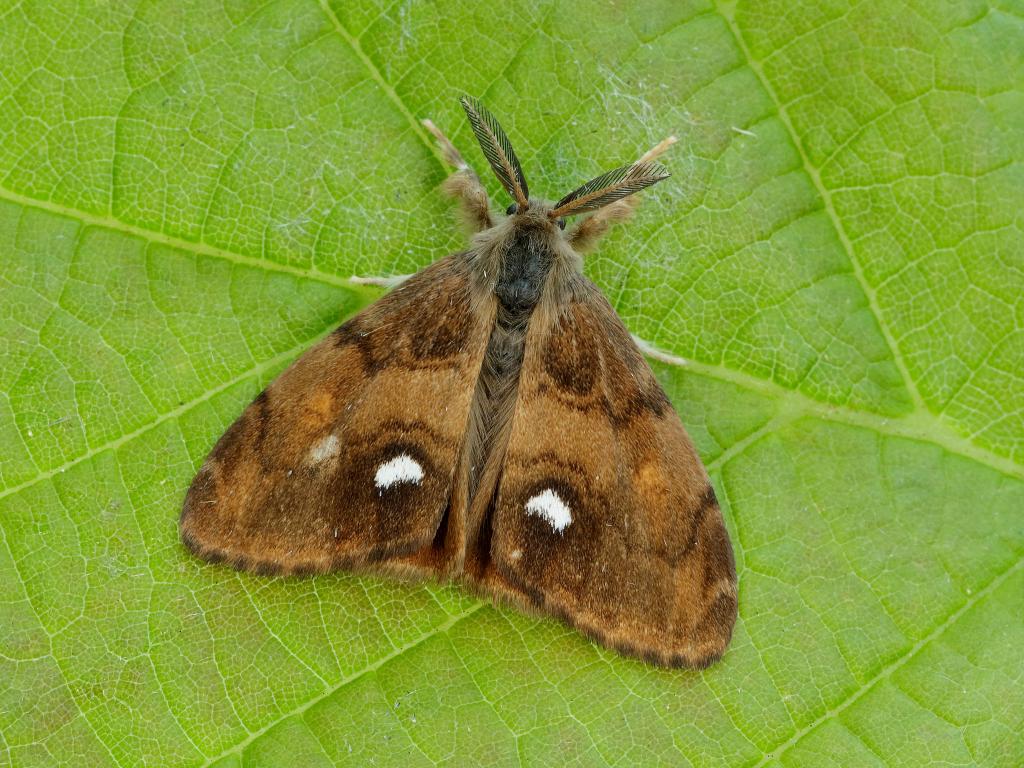