It seems hardly believable to me that September is suddenly behind us and we are already in the final quarter of this extraordinary, and often traumatic, year. With so many restrictions, frustrations and pressures, it has however led to an increasing belief that the world of nature can be very calming and beneficial for many of us.

One feature of this wider awareness, is the interest being shown in smaller creatures which frequently form the lower part of the food chain on which our birds and mammals depend. Our Head Greenkeeper, Matt, has recently been looking at that aspect and has resolved to create a number of invertebrate banks around the course. These are most commonly built using old or rotting wood and it is frequently only a matter of days before an assortment of invertebrates moves in to claim shelter and nest sites. Since the banks can be any size to fit available space, then they are well worth introducing.

Last month, I featured the Southern Hawker dragonfly and quite a few more were seen around the course during the month. The flight period is mid-year to early October and the eggs will lay dormant now until the larvae hatch in the late Spring. Clearly, another species which appreciates our habitat.

Bird reports have been much as expected with Siskin flocks now building up amongst our conifer trees (see photo), the family party of Pied Wagtails regularly on the fairways, Robins in truncated winter song, a Chiffchaff singing on several dates and the first reported flyover of Pink-footed Geese on 29th as they headed for wintering quarters in Norfolk.

Tiny bits of summer remained at the month end, in the form of the last few Harebells, a few Meadow Brown butterflies and a couple of really sunny days which would have pleased both golfers and wildlife. I now look forward to October, and its colours, which has always been one of my favourite months. 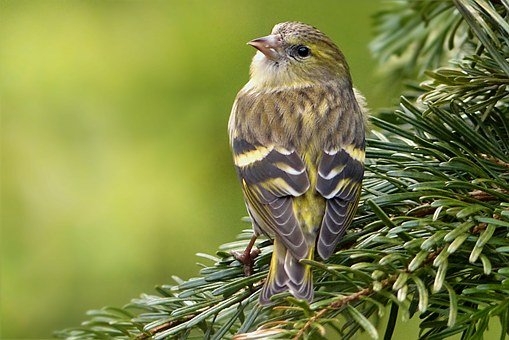