Hallelujah! The last few days of March saw us back on the golf course again and in weather that just shouted Springtime. My first round was to be on 31st and I had barely parked my car before Simon Allen and I were watching a female Brimstone butterfly near the practise bays. Then, having driven from the 1st tee, I was immediately attracted by the large number of Dog’s Mercury amongst the undercover of the boundary hedge. Easily overlooked, as this is a green plant with green flowers, but large numbers are often indicative of very old woodland or hedgerows. It was just so good to be on site again and amongst friends.

Earlier in the month, my attempts to find content for this summary had got no further that one of Simon’s emails mentioning the wildlife being enjoyed by the European Tour whilst in Kenya and Matt’s complaints about the damage caused by the Pheasants that have been released by the shooting community. There is, at least, some hope with that problem, since parliament is now to debate the damage caused to other wildlife and the environment by the release of more than 40 million pheasants annually for “sport”.

There are many wildflowers now in flower and Sickleholme has an excellent mix. These together with the planted daffodils, the heathers around the tees, and the trees in blossom, give the course a lot of colour at this time of year and the sunshine showed that to its best.

Birdsong seemed everywhere during our round. Robins, Dunnocks and Wrens were particularly vocal, whilst for the whole of the time that we were playing the 9th hole we were serenaded by the sound of displaying Curlews in the neighbouring fields. For me, there are few more atmospheric sounds in nature than that, particularly on a misty morning over moorland.

Most warbler species will arrive during April and May, but the main influx of Chiffchaff (see photo) is usually before the end of March. The onomatopoetic chiff-chaff song is one of the easiest to recognise and I counted at least eight holding territory during our round.

It was good to see the clubhouse feeders well stocked and being used by several different bird species. Although feeding the birds is often thought of as support during the winter, the breeding season requires a lot of energy and it is just as valuable now and into the early summer.

We can now look forward to everything that April has to offer. 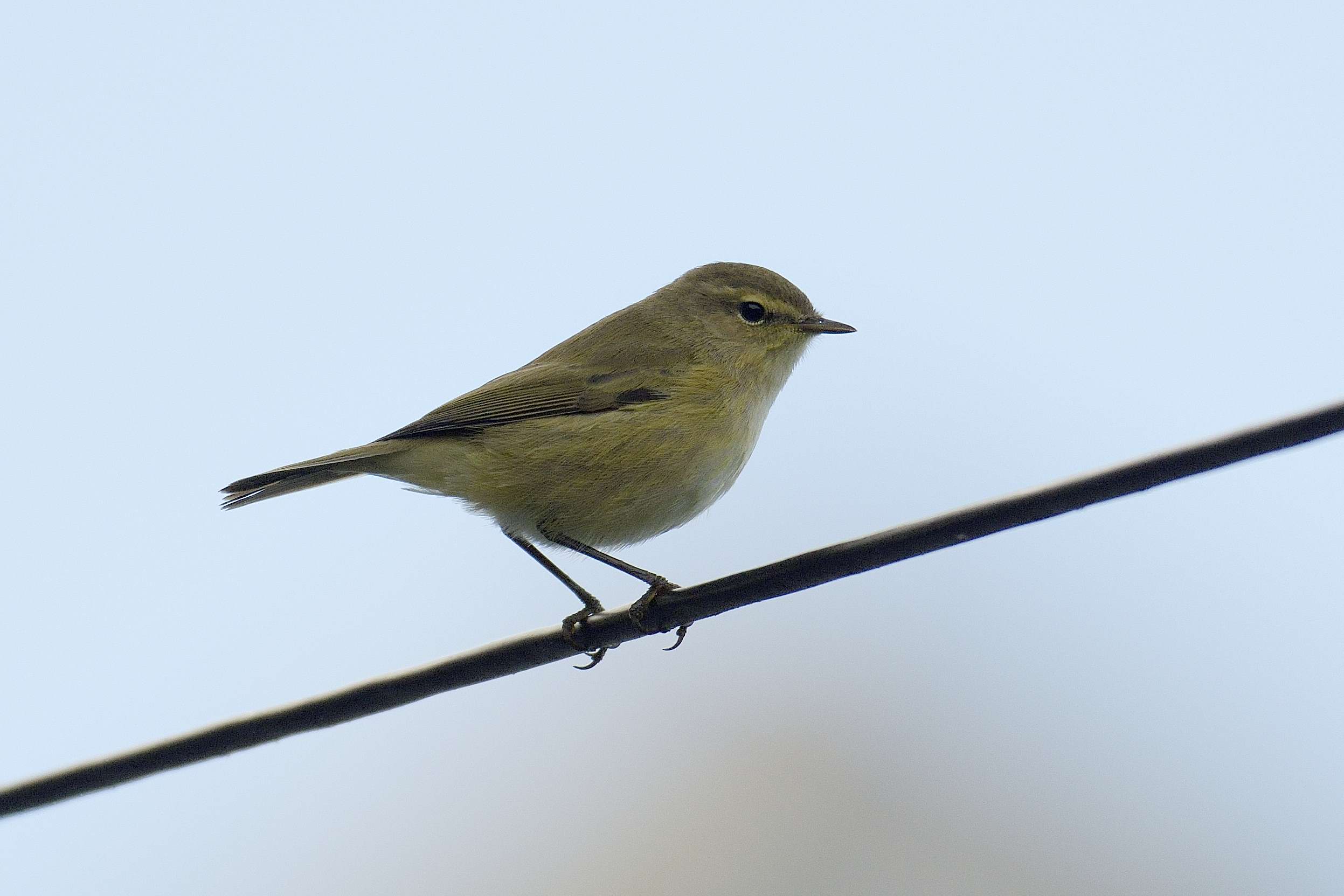